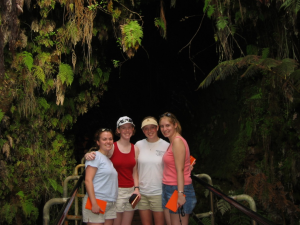 Elizabeth Cassidy in Hawaii on an Interim Trip

While at Lafayette, I was on the crew team for all four years.  During those four years, I can remember the multiple floods on the Delaware and Lehigh Rivers and the impacts they had on the community.  The boat house was always hit particularly hard.  One of the reasons I wanted to study land use was how to better plan development to mitigate against the impacts of floods and other natural disasters. 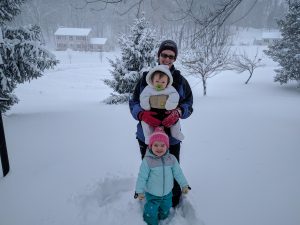 Elizabeth enjoying a snow day with her family.

Together, my four years at Lafayette definitely shaped how I think and taught me how to be an independent grown up.  One of the best perks I got from doing Government and Law and Geology is that I had to learn to think two different ways both subjectively (Government and Law) and objectively (Geology).  Being able to do both has greatly helped me in the legal field.  What are the facts (objective thinking) and how do we take those facts and make them work for the argument we need to make (subjective thinking). 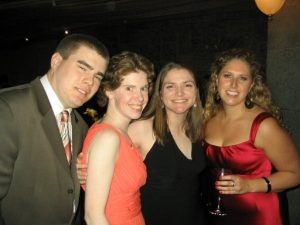 After Lafayette, I went to Pace University School of Law with another Lafayette Geology grad, Virginia Foulkrod.  The nice thing about law school is that you can study anything prior to going to law school.  Take whatever courses interest you in undergrad and then go to law school.  While at Pace, I worked at the land use law center where I focused on comprehensive planning for both rural and urban communities.  Areas included topics such as transit oriented development (i.e. higher density near urban centers allowing rural areas to remain green).  I also clerked for a law firm that focused on municipal work, advising municipalities on a range of issues.  After law school, I accepted a position in the Hudson Valley as an associate attorney focusing largely on land use applications – subdivisions and site plans. The Geology program gave me a huge start in land use because I knew how to read surveys and maps.  I understood topographic maps.  I understood concepts such as soil types and how that might impact development (i.e. septic percolation tests). 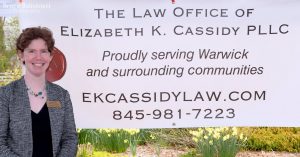 In 2012, I opened my own practice in Warwick, NY.  My practice focuses on municipal law, planning and zoning and residential and commercial real estate.  I represent both municipalities and private developer clients in the land use approval process as well as advising on comprehensive land use planning.  As part of that practice, I was appointed as the Village Attorney of Hillburn, New York and later appointed as Village Attorney for Florida, New York.  I advise Florida’s Village Board and Planning Board and prosecute code enforcement matters.  I also advise the Comprehensive Plan Committee.